The final stage before flying out to Australia.

My morning started with a slow leak. When I left Atambua I found my rear tire to be softer than usual. I pumped it up and continued the 25km to the border, to not delay the border crossing. Luckily the border was still closed, with about 1 hour time before it opened. Time to check the tube. At first I couldn’t find anything, thus I suspected my French  friends to play a joke on my and released some air, when I was at breakfast. However when I checked the tire, I found a piece of wire which slightly went into the tube. I patched, got a spare from Gerald and was ready by the time the border opened. Process on both sides was easy. I didn’t expect it that easy after the slow process of the initial application 5 months ago. 30 US$ paid, bags scanned, reloaded to the vans and off we were into ‘new land’. I was probably the first German to enter into Timor-Leste via the land border – ‘history written’. The ride was fantastic. 3 short, but steep climbs in the morning, thereafter rolling along the shore all day. Strong, but cooling headwind made it a tough ride, but the peloton we founded after lunch helped a lot to finish the final 50 km in a comparable short time. However the 90 minute waiting time at the border and the 1 hour time loss, because Timor-Leste is 1 hour ahead, made it a long day. The landscape was beautiful and the people as friendly as on the other part of the separated island. It was a very scenic ride along the north coast. Azure sea and white beaches invited for a quick swim. Pigs, goats and cows were often crossing our ways and kept us alerted, not run into them. We got a lot of dust from passing cars, trucks and motor-cycles on the dirt roads. In camp I needed a steam wash together with my bike. Tomorrow is flying day. A short flight at 11:15am will bring us to Australia. In Darwin I have some important things to do, before I can actually get rest and work on photo selections and blog updates … 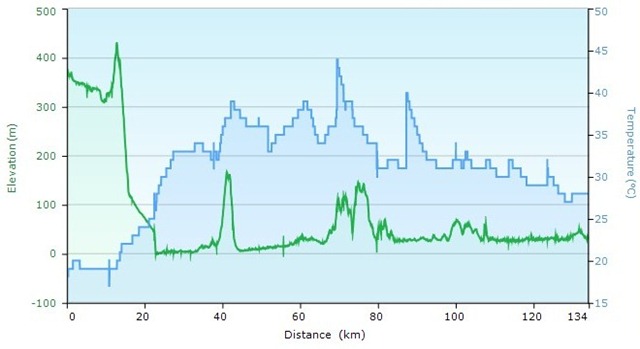 The last stage in Indonesia. Tomorrow is border crossing into Timor-Leste.

The route was last minute modified from the original route, to have more rest before the last stage to Timor-Leste, which is said to be mostly on very bad roads and we could get stuck at the border, too.  The original route would have taken us along the north shore, but was 30km longer and more ups. Now we went straight inland through the hills to Atambua. The ride was comparable to the past 2 days. Changing vegetation and through clean villages with thatched huts and beautiful garden arrangements. Again too beautiful to just rush through.

I’ll definitely miss the people and the ‘Hellos’ once we are in the Outback. 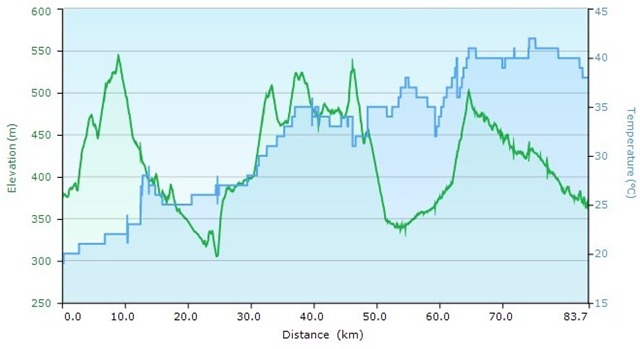 The scenery continued like yesterday; riding through rural areas with thatched huts and nice village flair. People friendly and inviting. I received a lot of red lipped smiles from all the men and women, chewing on their bethel nuts. Their teeth and gum turned reddish. You could see them everywhere, if not just follow the red stains on the tar, where they spit out the fluids, wherever they walk or drive.  I first stopped at a school, when I heard a singing. Unfortunately it stopped immediately when I approached, but I could get a special performance after a lot of handshakes and photos with the kids and headmaster. Like everywhere in Indonesia, the scholars are like parrots. If you want them to do something, e.g. repeat a song and you sing for them they simply echo back what you do. This was my chance to teach them some German, so I transformed their Bahasa counting song into ‘counting in German’. At the school gate a guy was performing tricks with a ‘spinning top’, so I went there to see him. It was running on his finger, down the arm and on his forehead; later on my thumb. He became my bracelet brother, as he had more on his one arm then I could ever collect during all possible TdA tours. It was already an hour into the day and only 12km done, when Henry and Nellie passed me at the school. Although they were sweeping, they left me behind, without stopping knowing that I am never lost and don’t need to be babysit on cycling days. When I closed up with Henry, we both recognized that we ‘will not make it to camp *)’ at this special day, thus we decided to take it very slowly and enjoy as much as we could until the sun sets and we get picked up by the van. It wasn’t long after I left school, that I saw a woman in her hut weaving a tablecloth or alike. I ask if I could come closer and was waved in. Amazingly she did the pattern without a template, like the weavers I met in Ecuador. Her pretty daughter was always behind her watching what she and I did. Shortly thereafter a family was sitting in a circle in their backyard and with bowls filled with corn that they were pounding into flour. I was also invited to come closer and the girls were working for the camera. At another house a little girl was sitting in the dust below an ‘Angry Bird blanket’. I had to stop and take this photo. This part of the island is so clean, totally different to the rest of Indonesia we traveled. Here in the rural area to the east the people keep their houses and garden tidy and clean. No plastic or trash thrown away, the front yards swept, as if my sister-in-law was around with her broom. Must have been German missionaries from Swabia who not only brought Christianity to the country, but also introduced the ‘Kehrwoche-System’. It was a hot day again. Some of us used the opportunity of having a pool near the lunch stop, to cool down. Now we are just 1 day away from the border to Timor-Leste getting excited about the 2nd part of the tour.

Tomorrow’s stage is modified to a shorter distance, because the day after into Timor-Leste and Dili is said to be a tough one again, as we will probably face 60+ kilometers of very bad or none existing roads in the one of the poorest Eastern-Asian countries.

*) just kidding, it was only 1pm when I arrived at today’s destination, with loads of new impressions, which the ‘racers to camp’ do not have. 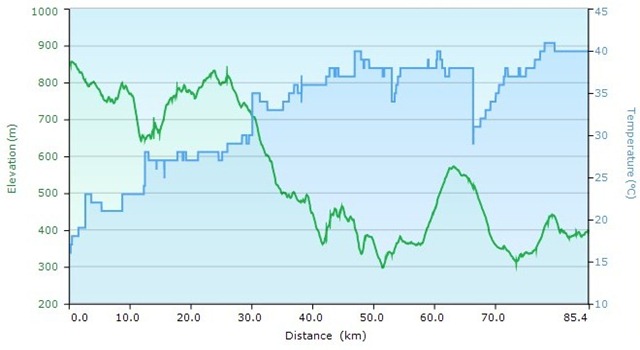 And HE did it again! Cristiano found a route, which added another 1500m to our daily climbs – just about the average. On arrival to Timor everyone thought, that we were now out of climbing and into a flatter warm-up session to get adjusted to the soon to come ‘Australian profiles’. On arrival by plane, we got the impression, that the island is flat, no volcanoes or major mountains in sight – some thought were were high jacked to a different location but timor, but we accepted the new location. At the rider meeting we were taught different, when the whiteboard listed 1540m ups for the first stage on Timor! Lesson learnt: Don’t celebrate until you get the elevation profiles and route details! I think Cristiano will even find a 100km/2000m up route in the Netherlands

! The climbs were comparably easy, not very steep, but the final, long climb to get to Soe was right at day’s end, when the heat reached its maximum of 47°C! The ride was quite surprising. The island’s vegetation and climate changed with every mile we got into its interior. The climate changed from humid at the coast to really dry and hot further inland and as we got higher. Lots of water needed to wet the dry mouth. Also the countryside changed. Many times I was reminded on some parts in Africa, savannah and thatched huts, people with darker skin, however transferred back to Asia and into rice fields around the next corner back, as soon as water was available. Lunch was located at a partially dry river and right before the final 25km/750m climb. The kids are a little bit shy and tend to backup when I stop the bike to take a photo. Probably it is because they are not so used to ‘bules’ (white men). However, a few Bahasa words later they come closer and enjoy my sudden appearance. Besides the ‘Hello Mister’ or ‘Sir’´, I heard some ‘Hello Papa’ here and then! Surprisingly. Do I look all of a sudden that different and much older? Just before Soe there were some food and fruit stands along the road. I stopped to buy some mangoes, but the young girl insisted on ‘insane’ 25000 rupias a piece, which is almost the price I have to pay in Germany. So I left without a delicious afternoon fruit treat, and bought me a magnum ice cream at the town’s mini market, hoping that the temperatures go down a bit when the sun sets …

2 more cycling days in Indonesia and 1 day in Timor-Leste, before starting into the Australian adventure. 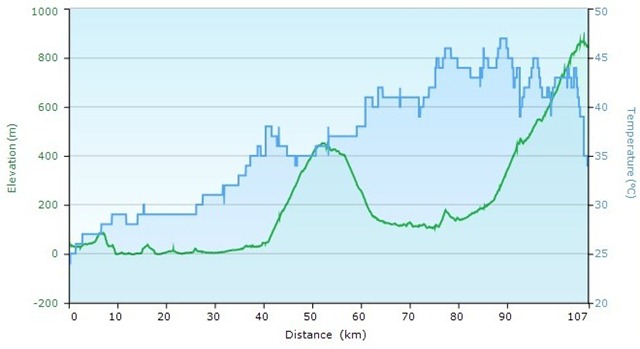 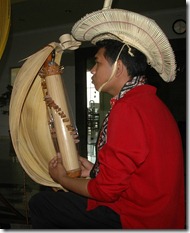 Today we arrived in Kupang on Timor, the 7th island of our cycling and island hopping trip and the last Indonesian, before heading to Australia. After a short flight from Ende on Flores and a 8 km taxi drive from the airport into town, we were warmly welcomed at the Sasando International Hotel with music on the traditional Sasando instrument and a very nice banner, honoring our extremely long trip from Medan to Sydney.

Now I have a problem to explain to my employer and followers, why I need a 4 months leave to cycle the gigantic 11km from Medan, a  new suburb of Sidney, into the town.

Lets phrase it different. Good Job Cristiano! My odometer already shows 5300km at not even halftime of the full tour. You proved to be the master of making a probably short and easy trip a giant monster.

Looking forward to find out how you turned the final 6 km from here to Sydney into another long and man-eating 6000km monster stretch.