Someone must have removed the fast gears of yesterday’s long distance ride. Somehow I was going on real slow motion … well, mostly on purpose, as my DLR was again in the handlebar bag. I was riding with Henry again, which meant a lot of stops to enjoy sceneries, get drugged from the infinite numbers of different green you see and inhale the smells of the fruits and veggies of the fields. A longer stop a ‘Little Las Vegas’ and a school made the day. No hurry, as we stay directly at the ferry port over night, with a scheduled departure at 9am the next day. I even stopped at a sea salt field and harvested fresh ‘Garam’ for Hanns, who is always in need to ‘spice’ up his food. Eric, Gerald, Stirling and I got the VIP ‘Dance Room’ suite for the night. Don’t envy us, it was a basic accommodation. No toilet seat, but a showerhead and a bucket. Stirling reserved the only available bed for himself. We 3 got so-called mattresses, which were as thin as a bed sheet and indescribable filthy. Thus we had to call Danu, our driver to get access to our camping gear and unroll the thermarests and sleeping bag liners. Late breakfast at 7am, as the ferry is supposed to leave at 9am earliest (we will find out later why there is no real schedule). An ‘undefined’ German in the group spread rumors the night, that there is no beer allowed on the ferry, and luggage will be inspected (like in Sudan). In the morning brain cells were spinning wild to create ideas how to smuggle beer on board and keep it cold during the 6+ hours ride. At the end it was harder to access the beer in the van than to get it wrapped and on board, as the vans were parked so tight that one had to climb over roofs of cars and seats of motorcycles to get to them and eventually get to the bags with the ‘smuggled’ goods. Even after the beer was finished the Smugglers were taking all efforts to remove the evidence of their ‘wrong doing’ and they distributed the empty bottles in all available trash bins on board. Unloading the ferry was much easier. We were first in, thus going first out. 4 km to the Hotel and back to paradise at the beach, which unlimited beer and bottled wine. 1 Rest day in Labuan Bajo, before we will have the longest climb of the tour – 3200m accumulated for the day. No scuba diving this time, no mountain hiking. I developed another cold at the last 2 hotels with AC. Luckily the aircon time is soon to be over and tenting is on. No more room sharing, compromises, etc. I’m master of my own comfort!

The ferry left with 2 hours delay at 11am. Loading was not as chaotic as the Aswan ferry to Wadi Halfa, but also a nice game to watch. Bicycles and motorcycles where shifted around to use the available space as efficiently as possible. A huge truck with a generator hardly made it around the corners and over the humps into the hull. Smaller vans were coming, unloaded and left again. Then there were 2 huge trucks, pilled up to the sky. It was immediately obvious, that they exceeded the max. height and had to be partially unloaded from the top of the stack. No idea, why these trucks are not measured the night before and made ready to fit. Everyone lines up as early as possible, since there is only 1 ferry a day, and once full, you have to wait another day.

Good news. My phone situation will improve. I get a new S4A in Darwin from Canada, delivered by my TdA fellow riders Ursula & Rae, who will join the tour in Australia. And there may be a chance to reincarnate my ‘brick’ at a phone clinic in Darwin, too. Thanks to my Doomsday fellow David, who researched the address for me and is  also prepared to join us in Darwin. 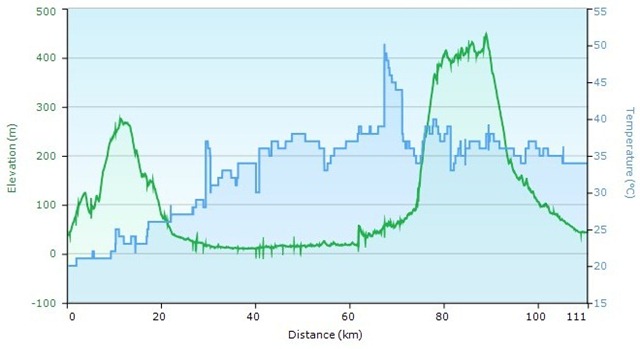 The longest cycling day (by distance) of the Trans-Oceania. We had to make a decision:

The decision was easy and we agreed on a 192 km day. The strong riders, who would be able to finish 172 km would also make the 192 km, whereas the riders who only ride half a day could decide from where the begin, lunch or refreshment …

I decided to stay lightweight this day, DLR, extra clothes, … left in my daily bag. Only the necessary water, food and GoPro was loaded. Angry Bird got to ride a van.

I organized a small group (Gerald, Eric and me) to stay together, form a peloton and share effort to break the strong wind. However Eric was again late for breakfast and didn’t join us until our first Coke stop at 62km. Soon after Gerald and I left we run up with John and Paul, who joined us and we cruised along with a remarkable pace. 80km to lunch in less than 3 hours. After lunch, John left the peloton, but Shirley and Dan joined in. Soon the 2 afternoon peeks were reached and the final downhill to the hotel was a treat. Riding time less than 8 hours, with little more than 1 hour of stoppage time made it one of my shortest days on the bike. However the hotel was less of a standard than we expected after long sequence of upper class accommodation since the last basic hotel in Sumatra. For the new riders it was a first disappointment. Imagine how the brothel 20km back must have looked like … 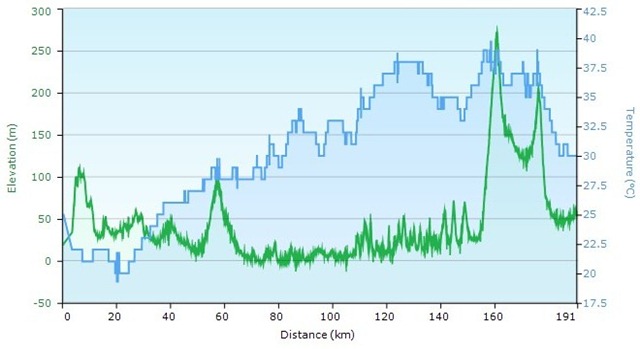 Today my Galaxy S4 Active ‘died’ … it was working in the morning on the ferry, and I could upload all my delayed posts, once G3 internet connection was available on Sumbawa. The phone went into ‘black’ mode somehow during the day, and now does not restart anymore.
Research says, it must be sent to, e.g. JTAG Brick Repair Service, or have it replaced. Until I get a replacement (I probably need to buy one and resolve the warranty issue, once I am home) I can’t provide live updates from the road.

I used up all my energy to get the phone back to work, with no success, thus I will not be able to post any news of a very exciting cycling day on Sumbawa. We’ll have a 6 hour ferry ride to Flores the day after tomorrow, which hopefully allows me to work on my backlog of updates and photos, via my PC … sorry folks … 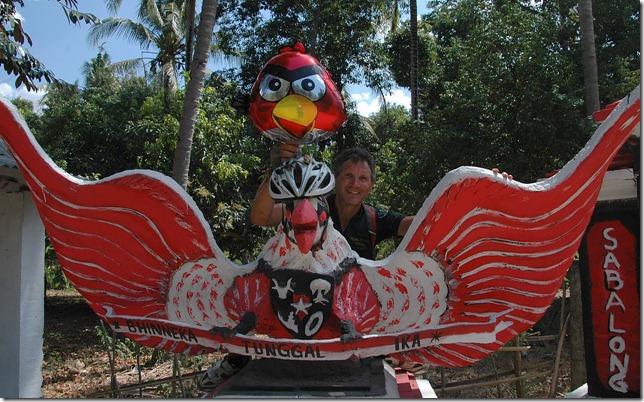 Me, and my ‘Angry Bird – Little Joe’, which accompanied me today as a successor of late ‘Sponge Bob’

Later ‘Captain Hook’ arrived at camp to take revenge on the 2 ‘French Bandits’ which kidnapped the nice German guy two nights before in Senggigi. However, the 2 cowards must have heard about their destiny in advance and disappeared from the island minutes before Hook’s arrival. The search for revenge continues … 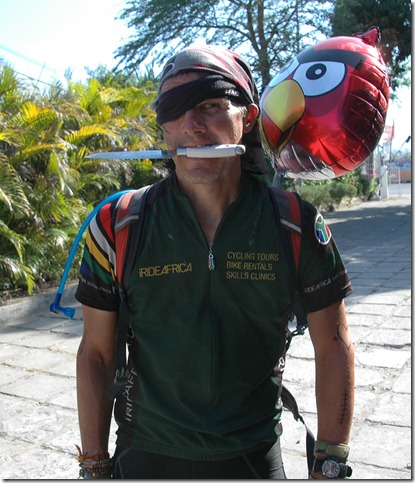