The coastal road is very scenic. A thousand hidden beaches, all different awake in the morning sun. The evening rain the day before had washed away the dust and all plants where shining even more colorful than before. I was riding ‘sweep’ with Andreas. Only 108km today, thus a relaxed day, at least for me. We did a short offroad trip to the steep cliffs. Passing through a village I heard real good drum music. I stopped and pulled over to the other side of the street and was immediately invited to join the ‘party’. A family was celebrating something, I could not find out what exactly, but the whole village was obviously invited. Vegetables and meat was cooking in large kettles and open fires and men and women were busy preparing more food. Soon Andreas found me and we both spent about half an hour to listen to the drumming and have kopi (coffee) and small talks. 40km into the day and already 3 hours passed. Time to make some speed and cover the remaining distance to lunch. After lunch the colorful ride continued. Red chili was being dried on foils along the road. The final 10 km to camp I took an alternate route that was displayed on my Garmin. Instead of staying on the main road I decided to make a left turn through the village and follow a secondary road along the coast. This road soon turned into a bad dirt and gravel road, but through a very scenic urban area. Some local ‘boys’ on there motorcycles wanted to convince me, that the road does not lead me to where I want, but I insisted to believe my Garmin map and continued through fertile fields, banana plantations and lava rock terraces. Buffalos, cows and goats were already in the stables or still grassing on the fields. Women were returning from work carrying tools and goods on their head, before I arrived in our  basic camp with amazing good food. While we had dinner, to men were busy to rewire the electric installation to get our rooms electrified.

I was asked to ‘sweep’ the group onto the ferry, this day, to allow the TdA staff to organize the ferry boarding of the vans. I am usually anyhow at the tail of the cycling group or behind the sweep, after my first photo stop, thus it didn’t make a difference to me.

It was less than 20 km  from Ubud to the port. A nice downhill leaving the rice terraces behind. A few more temples and lots of big statues were seaming the roads. Ferry boarding was quick and easy and the ride to Lombok not too long. On arrival in Lombok   the ‘Hello Mister’ and friendly faces were back again, compared to Bali, where we were hardly recognized. It wasn’t long that I saw a mosque on the other bank of a river, so I decided leave the main road and cross over a bridge. I local man was immediately alerted, indicating to me in voice and gestures that I was taking a wrong turn. ‘Tida apapa’ (no worries) I replied, “I only take a photo and will be back on the right track” and he was happy to see me return after a few minutes. That must also have been the time when the van and the afternoon sweep passed me. Shortly after I heard drum music from a near village. I quickly turned around into a dirt road and saw that boys were using any kind of plastic canisters as instruments. So I got closer and stopped, getting my camera and GoPro ready. The boys stopped their playing and came towards me, as usual. Big smiles, photo session and a few words later I had them perform their drumming for me. The girls here are more shy, they ran away and hide, when I stop. Maybe I should shave again to look less scary. A had a third stop at a plastic recycling facility. Yes, it is not a joke, they do some recycling. Women are sorting the bottles from big sacks by color, then they are carried over to a mill, being washed and shreddered. The fine grained granulate is said to be shipped to Australia – probably to make fleece shirts or alike. I arrived at the hotel in Senggigi as last. Showered, walked into sunset and had an Italian dinner  in a nice beach restaurant. On my way home I decided to check out scuba diving opportunities for the rest day in Senggigi. I was lucky that a PADI dive shop in town was still open, so I was able to charter a dive boat to the Gili islands for the next morning. Before I returned tired to my room. My sleep was short, because of my French friends, who came at 1am to wake me up and drag me into the Senggigi nightlife. 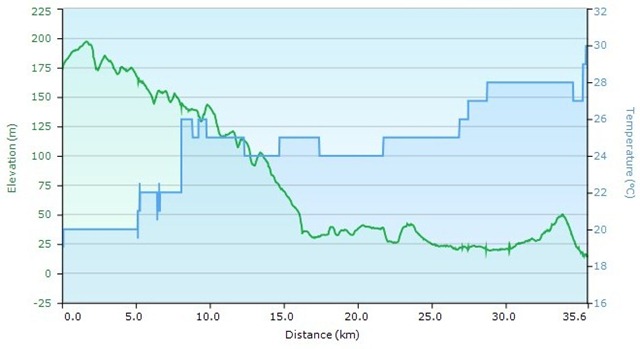 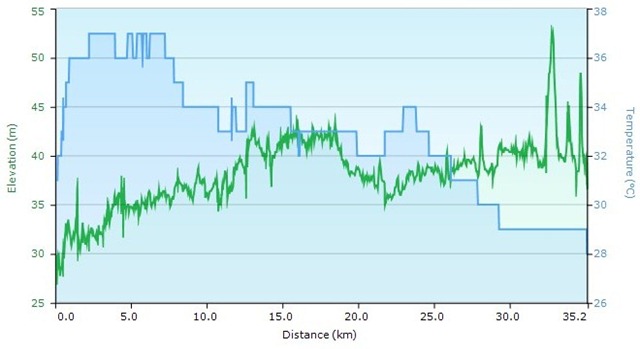