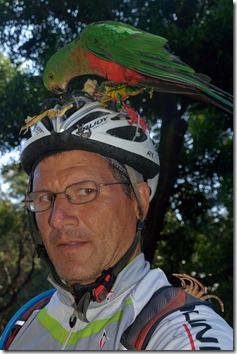 Yesterday I stopped at a nature resort between Apollo Bay and Torquay. It was supposed to be a Coke Stop at the ‘Koala Café’. As the name suggested, there must be some of my friends. Thus I never got a Coke, but turned instead to the other side of the road and into the caravan park. There were many parrots of different kind and colors, cockatoos and some of my koala friends around. So I picked my camera to take photos, when all of a sudden I felt something l

touched down on my helmet. I turned the camera around to take a selfie and I found this ‘Kings Parrot’ wrestling with my tarantula, which lost an eye in the unequal battle, but continued to stay attached and the bird left into the trees to meet its companions and talk about the ‘bad food’ I carry. 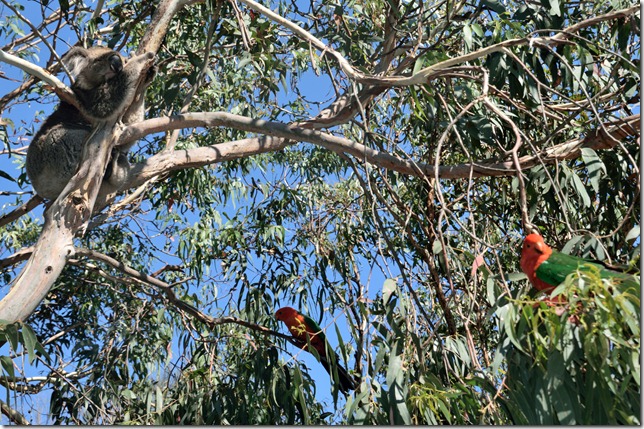 Now we know, why we had a rest day in Apollo Bay after just two riding days! If we hadn’t had the day off in Apollo Bay, we would have had to cycle all day in the rain. So we only had a wet rest day and a sunny and dry cycling day. How better can a cycling tour be organized?! Thumbs up for TdA!

The morning was cool and misty, but the sky promised good things. After having rain for the last 24 hours we were so glad and happy that it stopped during the night and we could pack our stuff under clearing skies. The mist and the sun gave the coast line a fantastic appearance. Just like the ‘Big Sur’ in California. Cycling was a pleasure, almost no wind and the grade of the climbs was 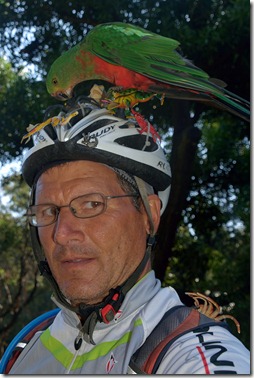 very gentle. The Great Ocean Road changed its face again. Well cut into a steep coast line with switchbacks and many lookout points. What a great work by the returning First World War soldiers; built by hand between 1919 and 1932. I stopped at several parks along the way and went to a waterfall and had another ‘meeting’ with koalas and parrots. One parrot landed on my helmet and inspected my zoo. It started a fight with my spider, which lost an eye in the battle with the bird.

Torquay, the end of the Great Ocean Road was reached early and I had enough time to dry the wet and moist clothes and camping equipment from the day before. Tomorrow is the last riding day of this section, ending in Melbourne, with another rest day. 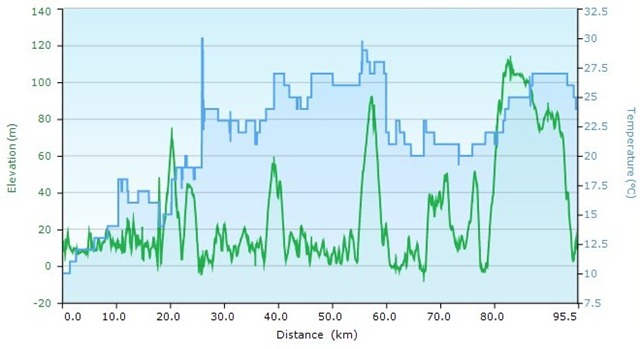