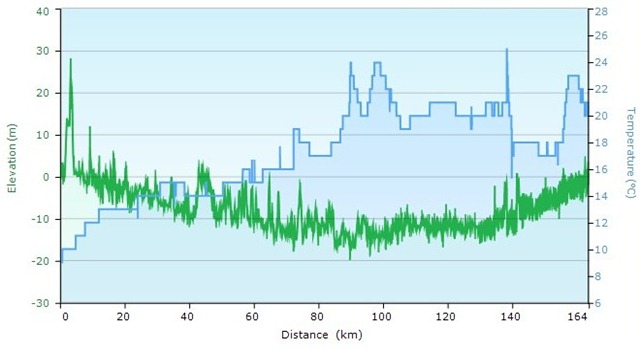 This was a tough start into the 7th section – The Great Ocean Road – especially for those who just joined us in Adelaide. Not only the distance was a challenge but also the climbs and the cold headwind. We had 2 choices on how to get out of the camp. One was a scenic ride up and along the ridge of the surrounding hills, the other shorter through the valley, but with a steep ‘walk the bike’ gravel section. I opted for the first, to get a chance on a look over the plain and Adelaide in the morning sun. Traffic was not as bad as assumed. Most of the cars were heading into town and only a few in my directions. The climb through the eucalyptus forest  was easy, compared to what we had in Indonesia. However after 5 weeks of cycling more or less flat, the climbing muscles needed to be reactivated again. After the first major peek, both routes joined again. Soon we reached a town, easily being recognized as a German settlement by its name: Hahndorf, founded in 1839. And it really was. There were several hotels and restaurants with German beer, like Hofbräu Haus or Beck’s and schnitzel. Bavarian banners all over the place and lederhosen. I stopped at Otto’s bakery to get some good bred rolls. I immediately recognized by the available bred and cakes, that the baker can’t be German. And I was true, only the name of the place remained, the rest was typically Australian. Nevertheless I bought an apple swirl (Schneckennudel mit Apfelfüllung) for 3.70$ for a second breakfast, later on the road. With the fast downhills to lunch a bit of time lost in the climbs could be recovered. 90% of the 1300 m climbs were already done by lunch, at 83km. But, whoever thought the remaining 76km in the plain would be a walk in the park was taught different. I strong headwind for the rest of the day made travel really slow and cumbersome. I managed an 18km/h average, which meant a 4 hour battle against the wind. It wasn’t a question of ‘if’ I would reach the camp, but ‘how long will it take me’.  Camp is nicely located at Lake Albert, a huge freshwater lake, with pelicans and other birds around. Unfortunately due to the late arrival on this long cycling day, not much of it could be enjoyed for long. After sunset the temperature was already to cold for staying outside, thus everyone returned to the tents and the camp died down sun in silence.

Tomorrow is another long day, with 148km and probably all day into the headwind.

I was always feeling a bit cold, even with my jacket and the temperature reaching upper 20th. This was mainly because of the strong wind, that chilled not only me. Many fellow cyclists went shopping the last days to by warmer clothes, sleeping bag, etc. because it is unexpectedly cold, or we are not used to it anymore, after 5 weeks in the outback oven. 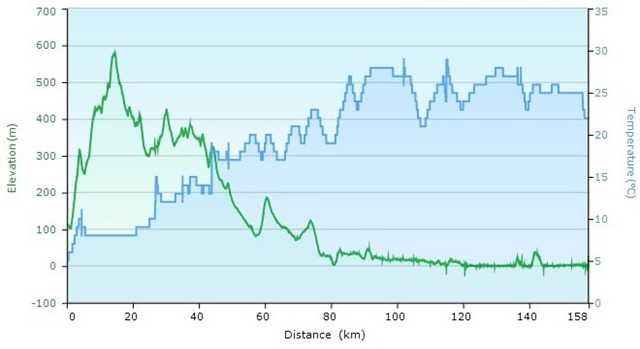 Leaving Adelaide. Not in an hot air balloon, no, but climbing the eastrrn mountain range. 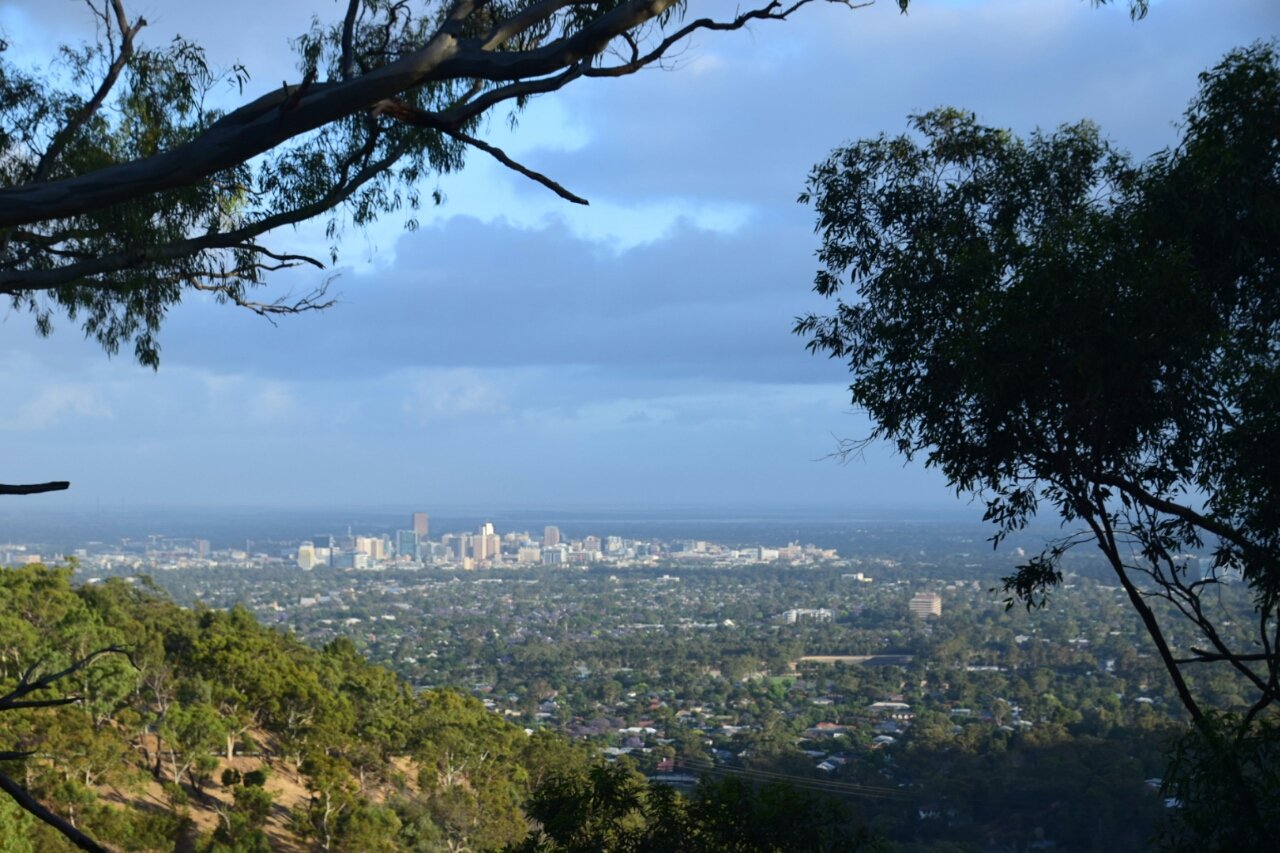 The start into today’s riding felt a bit like the good old days in Indonesia …
No, we weren’t woken up by prayer calls and we didn’t have nasi goreng for breakfast, but we started with a real climb out of camp. And we are still enjoying it. 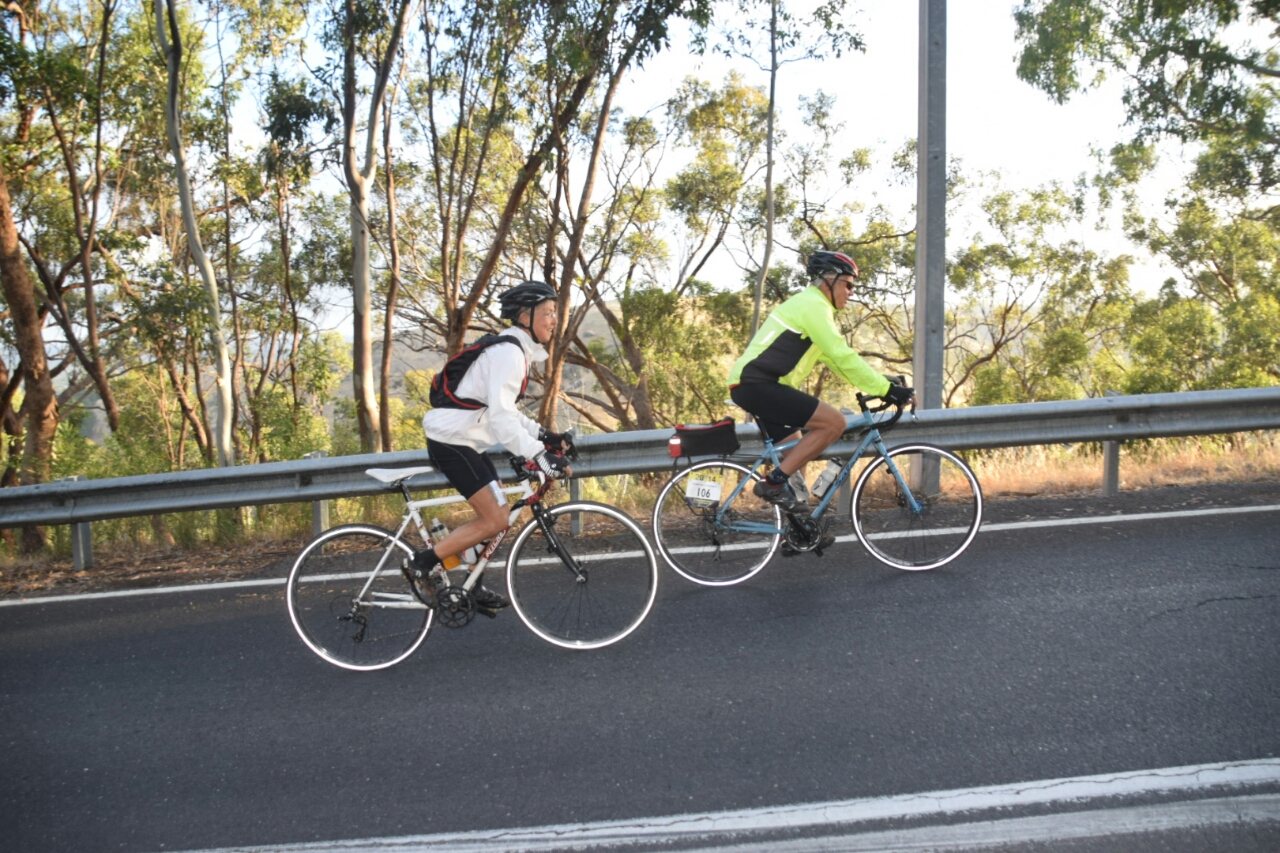 Other than that it was cold today and the road signs reminded me that I am still down under. 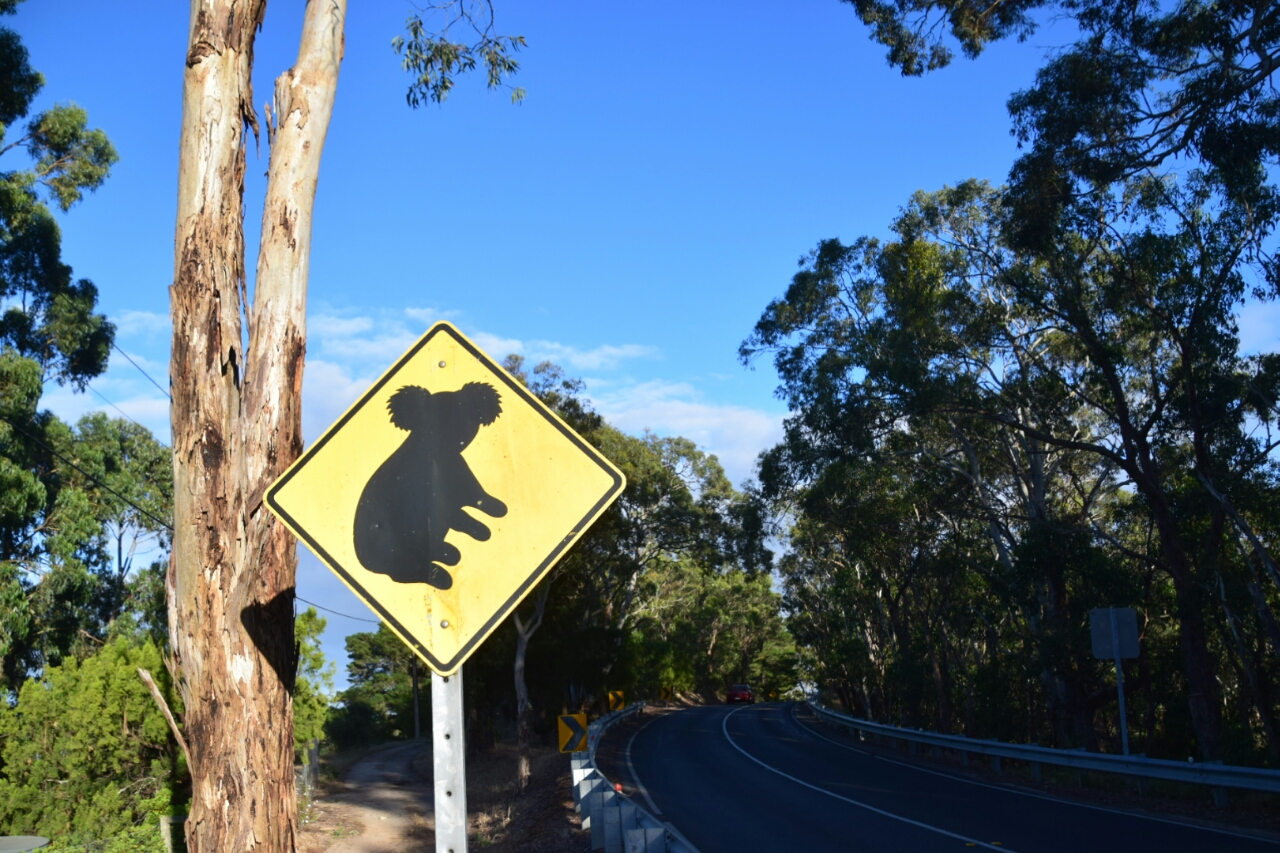 It is breakfast time in the camp. All but 1 tent are already stored back into the duffle bags and riders enjoying a hot coffee and a delicious breakfast, ready to go back on the road. But who is the rider, enjoying an extended night of sleep in the cool Riverton camp? 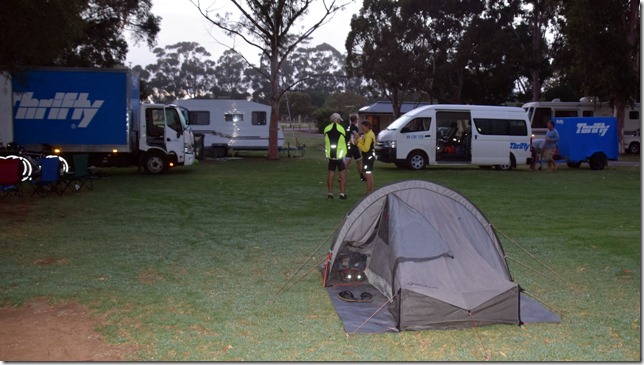 Still busy with the final cleanup in the background, the guy (let’s name him Eric) is almost ready to join the breakfast party. 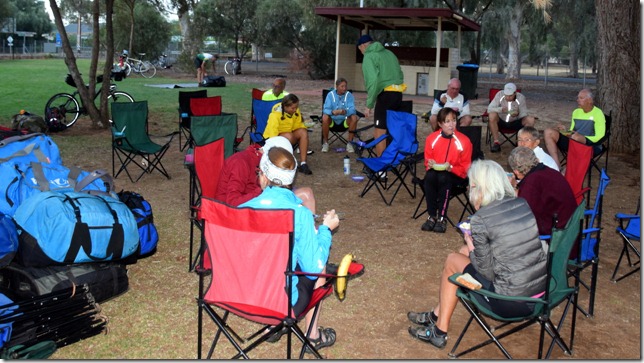 Note:
There is still more drill needed to get 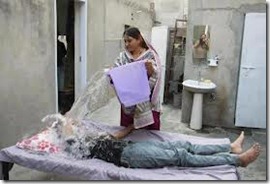 Eric ready for his Cairo to Cape Town tour next January. Otherwise we might find him still sleeping in his tent in the Nubian Desert in Sudan, when the tour is already on its last leg to Cape Town.
Tip: Subscribe to the TdA water bucket alarm, if you don’t hear the sound of your own alarm clock! 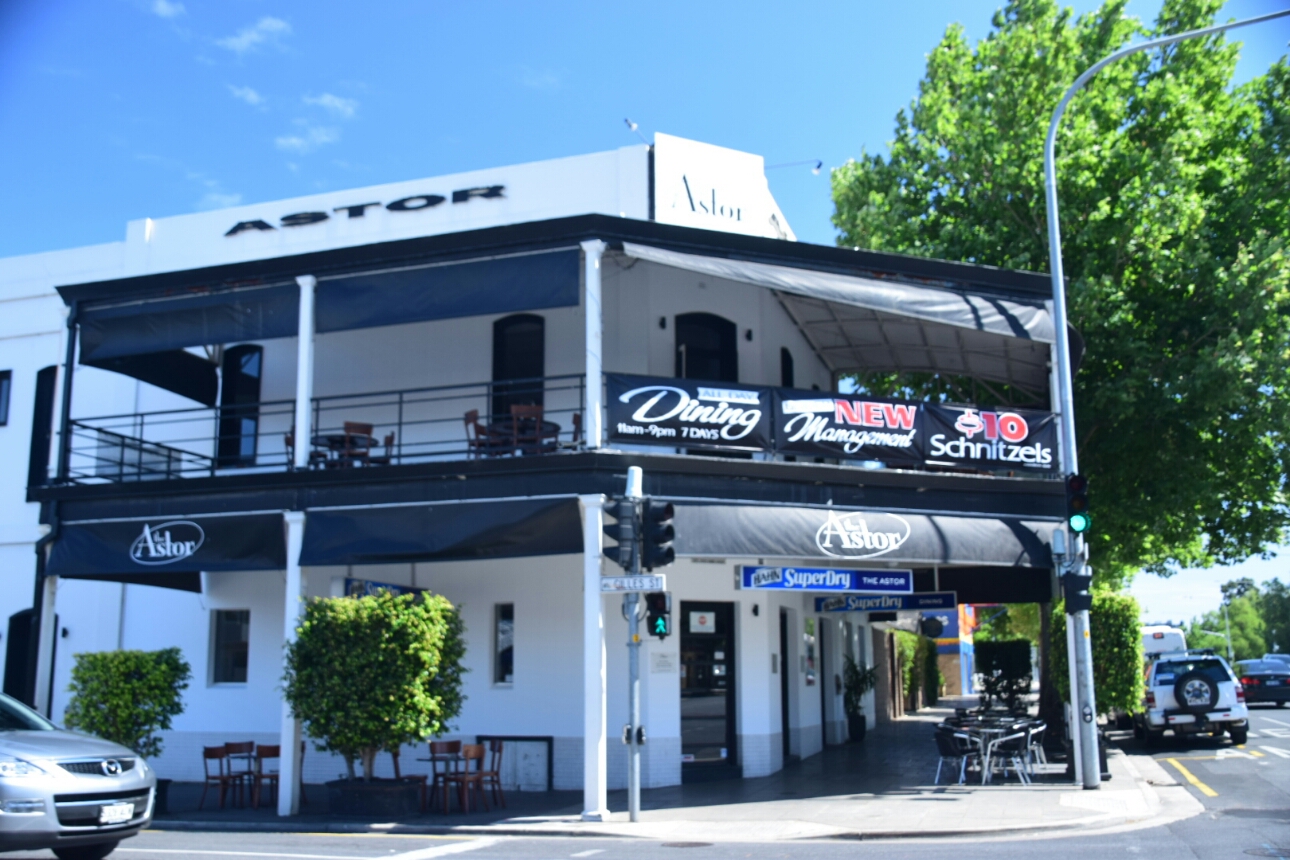 Let’s see what the cooler box will carry after the rest day.

In 25 cycling days we covered the distance of 3169 kilometers to travers the Australian continent from north to South. 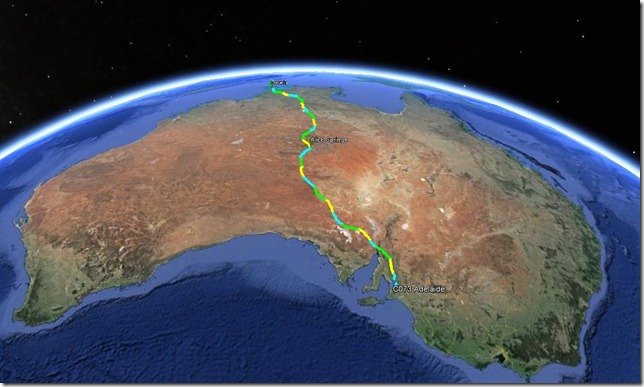 But it is not over yet. Twenty more challenging and exciting days wait for us  to ride along the south and east coast of this vast ‘island’ to finally get us to Sydney.

73 cycling days since starting in Medan on Aug. 18th, with 8714km on the odometers for the full tour riders. 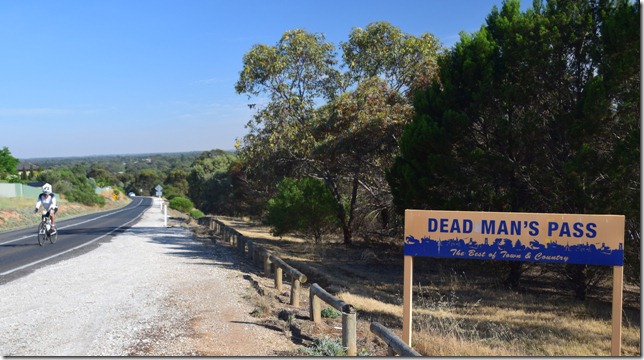 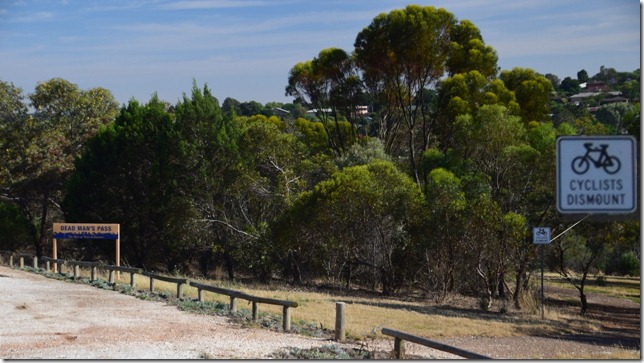 The supporting tailwind stayed with us on this final riding day of the 6. section. It begun very misty, almost spooky in the early morning, until the sun burnt away the fog. The ‘polished’ tar made cycling a pure joy. 56km were covered in 2 hours. Thereafter the terrain changed. We detoured into a very scenic ride, through a hilly region adding 1000m of climbs to this day, not to everyone’s delight. At lunch we were trapped for quite a while, because the road was blocked by the police, because of a motorcycle accident 5 km ahead, that needed air rescue. Adelaide was reached with a final fast descend through a narrow gorge. Camp is not within the city itself, but nicely located in the southern suburban area. The weather was fine and hot today, however tomorrow the temperature will drop again and rain is expected, likewise what we had experienced in the past 3 rest days. What a timing!

My rear tire was flat again in the morning, and I just pumped it up again, because I couldn’t find a puncture yet. In the Adelaide camp I finally found the reason, a defective valve, releasing 1 bubble of air every second. So I got a brand new tube from my permanent bag to have it fixed for good. X-fingers …

If weather permits I’ll cycle to town tomorrow. Need to go to the telecom shop to modify my contract and have more internet data volume. 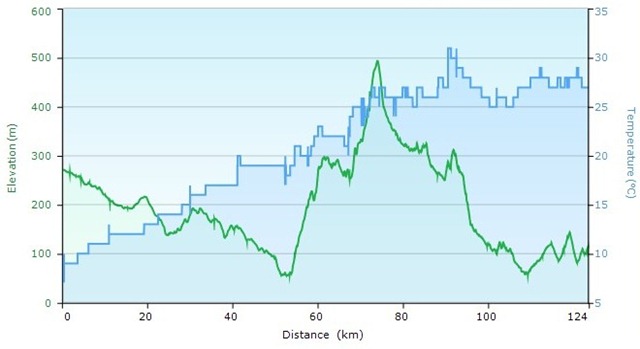 Today, everyone received a certificate to document the successful traversal of the Outback via the Stuart Highway on a bicycle. Starting in Darwin in the Northern Territory all the way south to Port Augusta, a 2786km journey in 22 cycling days through the dry and hot Australian outback. 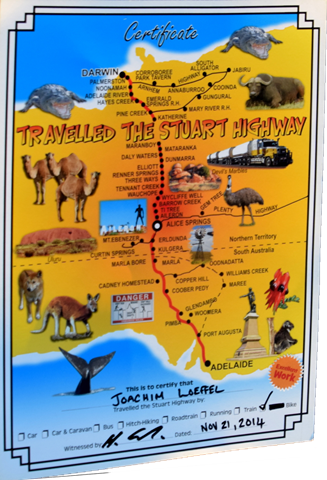 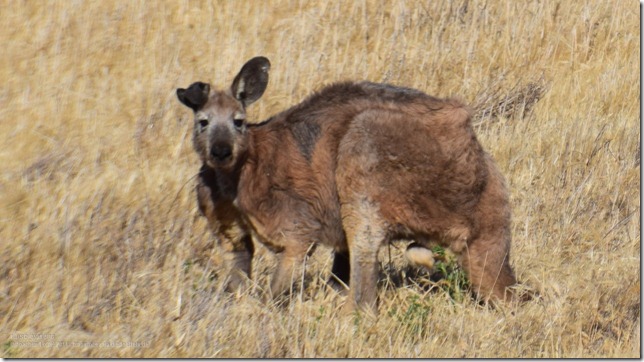 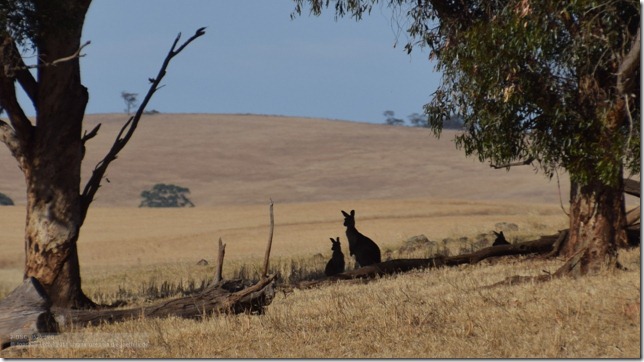 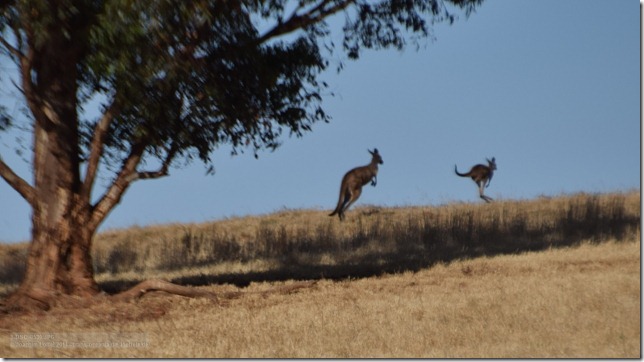 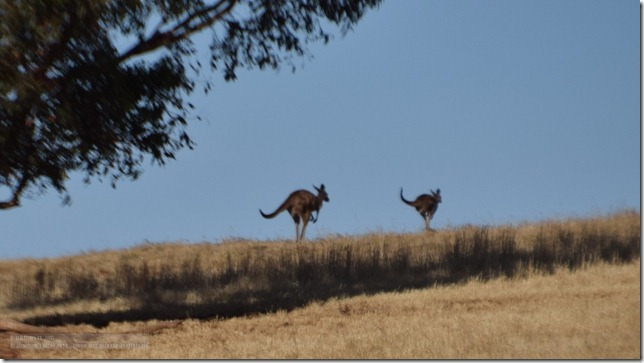 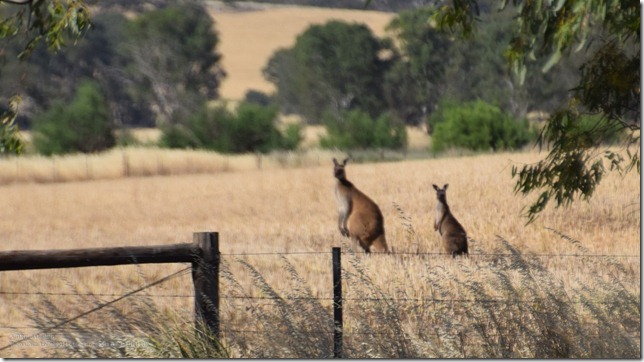 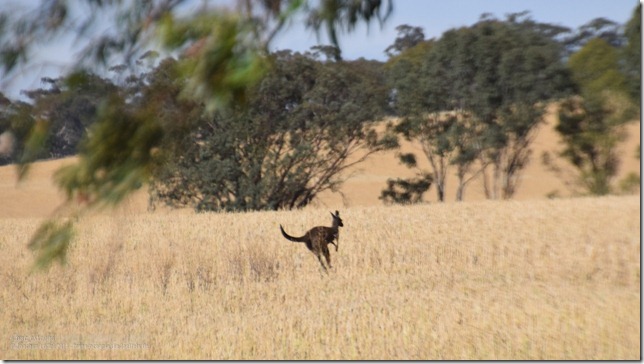 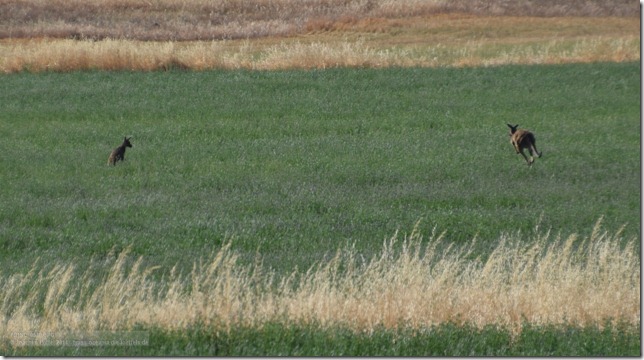 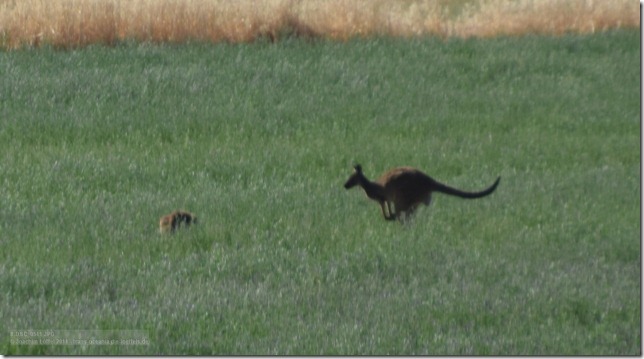