Live from the campsite in Glendambo.
On screen ‘Triplets de Belleville’ 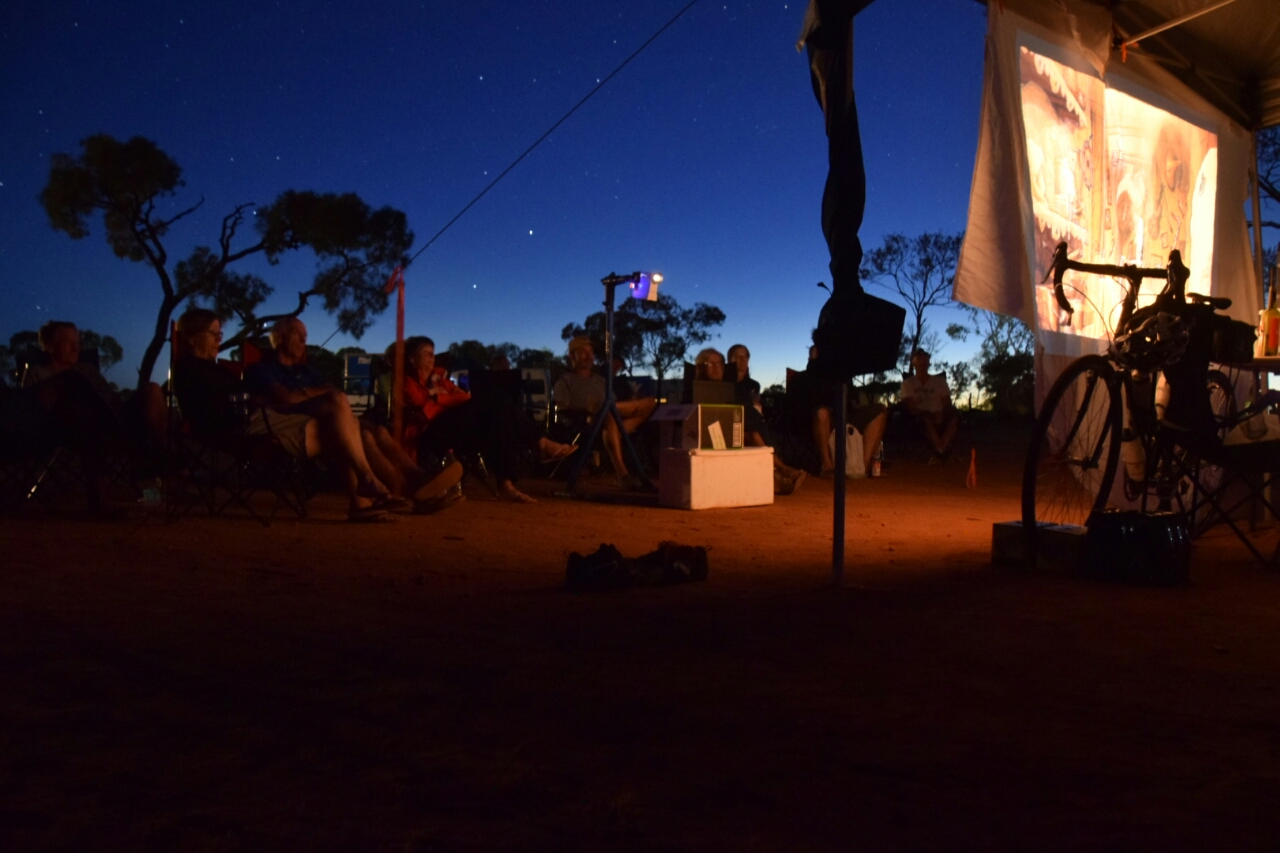 A big audience enjoys the movie under clear skies on a fantastic star night. The wind has died and the temperature is comfortable, not only due to free servings of wine and beer. 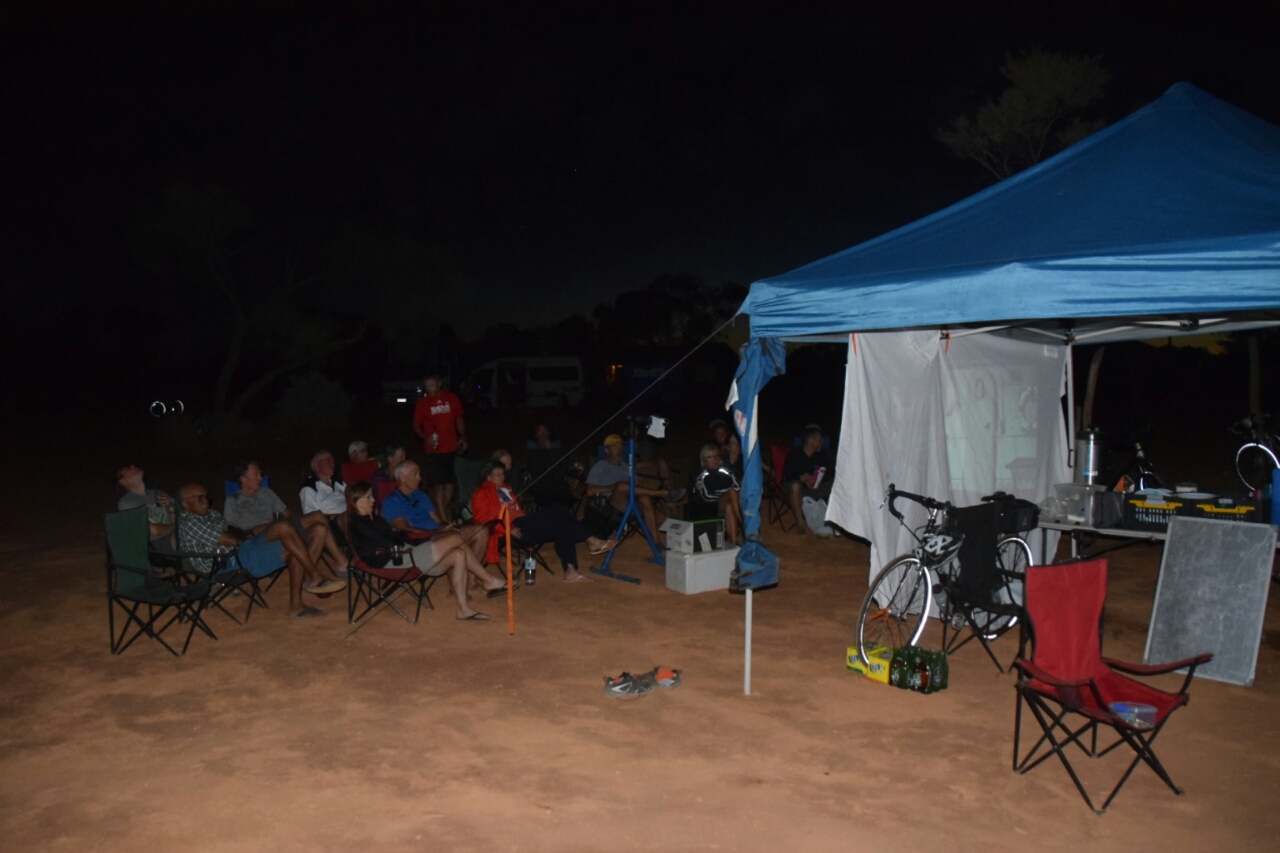 Today we arrived in Glendambo, after a cold & stormy bush camp night and a windy ride in the outback. They recently performed a census and published the numbers at the entry to the settlement. 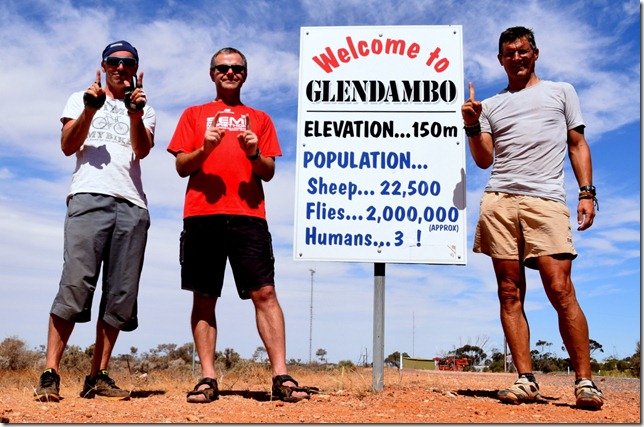 How could they know that the 3 humans are in town today?

Another hard riding day. The wind was so bad, that riding in a group was the best. I was trying to form a peloton, but it wasn’t very well functioning and fell apart soon. Soon I caught up with another group and reorganized it to better work as a team. Somehow the groups seem to be competing. As soon as one appears at the horizon the other is chasing it, until it is caught and passed. Thereafter the just passed group accelerates to overtake the former again, and so on. Even in a peloton there is some competition of a kind ‘I can go faster in the lead than you’, causing the speed to ever increase. Chances to recover are not taken. Instead the easier conditions are used to further increase the speed and get other to their limit. The pack tends to fall apart and one has to do the work to keep the sheep together. After lunch I was alone with 5 women, when the last guy left the peloton and went ahead. But I managed to keep them together and we arrived together at the new campsite. 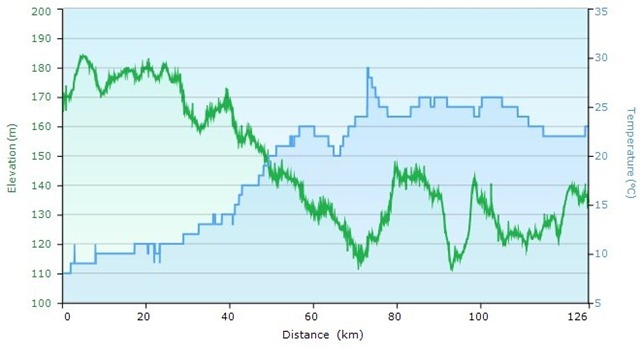