Who thought it would be an easy, short day after yesterday’s 169km, was told different. The wind was constant against us, keeping us cool but substantially slowing us down. I was riding on my own this day. 108 km is a short distance and even with headwind not much of a torture. Keeping it at a moderate pace will make it early enough to camp to enjoy the pool, cold drinks and food.  The Erldunda Roadhouse at 33 km was to goal in the morning to get cold drinks and snacks after the night in the desert. Thereafter keeping nose to the tar and rolling down the kilometers in an environment that does not offer much of a change. The Kulgera Roadhouse is the most expensive place in Australia so far. All prices for food and drinks are astronomic. This guy knows how to make money with the monopoly he has here in ‘The middle of Nowhere’. However the pool was a real refresher. The water was cool as ice. Don’t know how he get this done. He probably manages to keep it cool from the night temperatures, which are as low as 10°C. Halfway into the night it is time to crawl into the sleeping bag. After dinner we had a few games in the pub. Pool billiard, darts and kicker and the music box playing songs of the good old 60th and 70th. 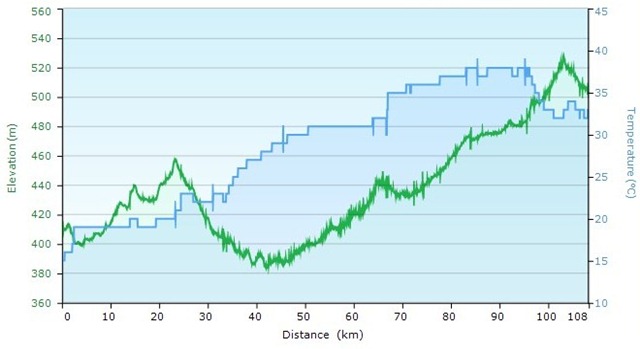 After a night in the desert camp – the first of 4 we will have south of Alice Springs – the Roadhouse at Erldunda, just 33 km south of our last camp eas a welcome Coke stop. 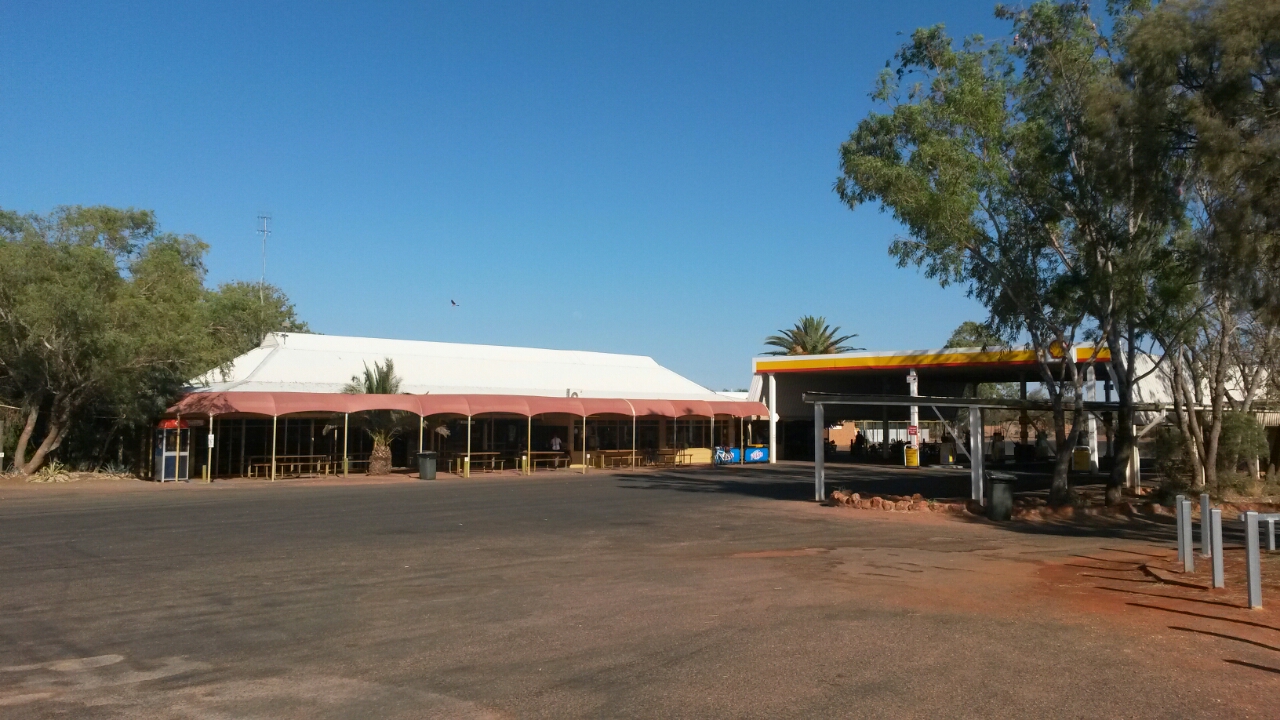 With only 77km more to go today time is not an issue, spending time with the emus in the gardens … 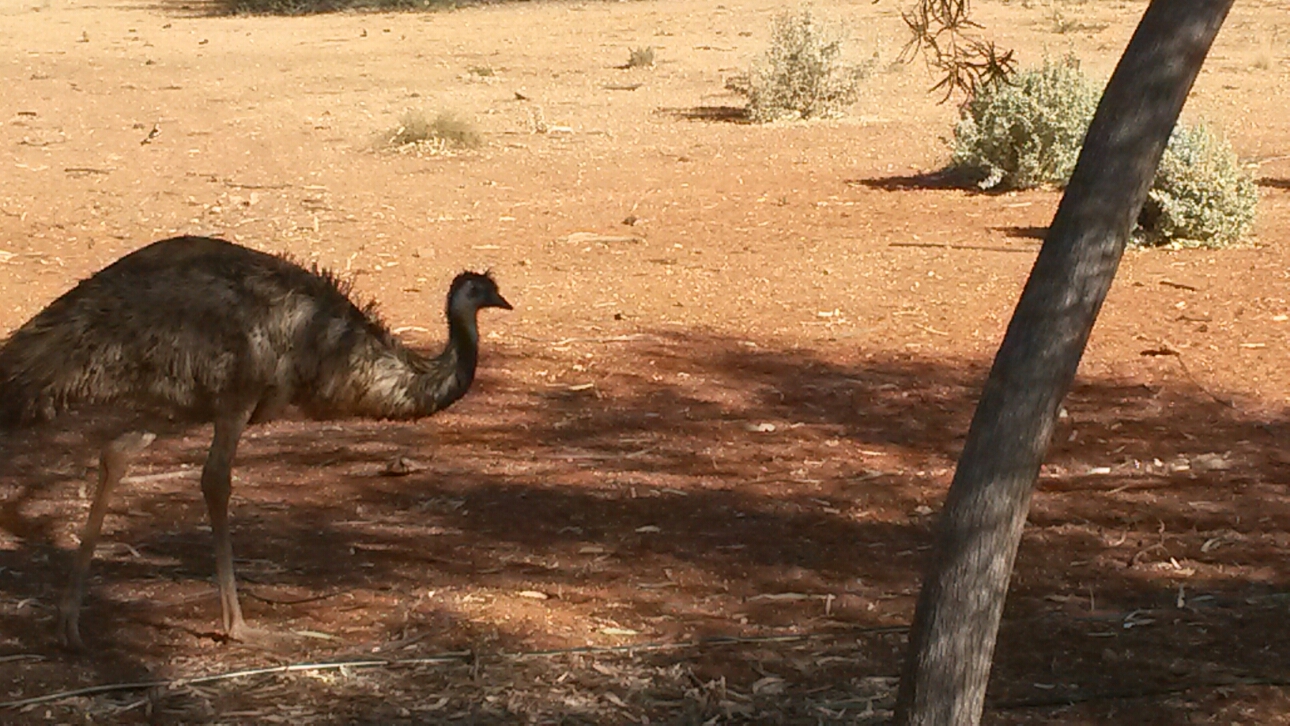 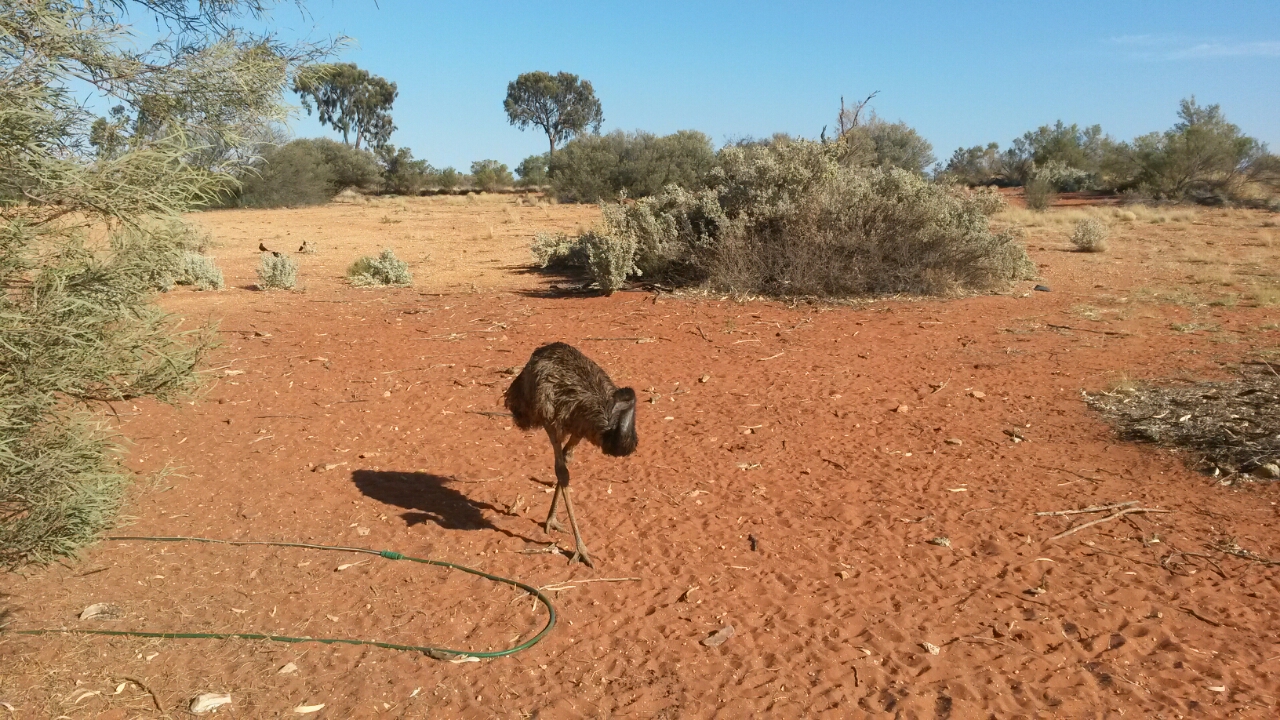